The 12th China Licensing Exhibition, which lasted for three days, officially entered the climax of the event on the 17th. Xiao Dan, the host of the Zhejiang TV Children's Channel, was shocked by the authorized exhibition site to cheer for “BabyRiki ” and attracted a large number of visitors who are interested in children's early education enlightenment animation.

As a high-quality cartoon from Russia's Riki series, which is the main early childhood education enlightenment, BabyRiki has made great achievements in overseas markets, not only creating more than 3 billion plays on Youtube in Russia, but also including China, More than 40 countries and regions such as the United States and South Korea are issued. In addition, many European and Asian countries, including the UK, will also be launched this year.

With the in-depth promotion of animation distribution, "BabyRiki" has a lot of high-quality content with mild and non-violent content, including Xiao Dan, a well-known host of the Zhejiang TV Children's Channel. As a mother, Xiao Dan’s sister not only loves the animated content of “BabyRiki”, but also expresses her high recognition for the “4Q Growth Password” education concept of “Ricky Baby”.

Out of the affirmation of the content of "BabyRiki", Xiao Dan sister accepted the 50-episode sing-along program "BabyRiki Jump With Me", and shared the quality content to the size of Zhejiang Children's Channel through the TV screen. Audience.

"BabyRiki" truly restores the children's social circle. The five cute little protagonists in the story, like the children in real life, have their own unique personalities and hobbies. They are no longer the perfect baby in the traditional sense, but also So more real and cute. Many mothers at the exhibition site all said that they found the shadow of their children in the five small protagonists, and they felt particularly cordial and true. It is understood that the "4Q Growth Password" mentioned by Xiao Dan's sister is the cornerstone of the content of "BabyRiki" cartoon. The production team is surrounded by IQ (Cognition and Exploration), EQ (Emotion and Social), AQ (Art and Creativity), MQ (Sports and Work), with the help of many early education experts and child psychologists. Carefully plan each episode of animation content, and integrate the knowledge points that preschool children need to master into each episode of animation, so that children can easily grasp the corresponding knowledge points while watching animation.

In addition to "calling" for the "BabyRiki" brand, Xiaodan sister also took the lead as the mother representative, and first experienced the "Ricky Baby" team and the industry-leading toy manufacturer - King Bee Trading (Shenzhen) Co., Ltd. (King Bee) (hereinafter referred to as "Jinbir"), the peripheral products jointly developed by the company and the scene interactive intelligent toys.

In the scene interactive toy that debuted, there are not only BabyRiki music sports car that can help children improve their cognition, creativity, emotional social skills, etc., and they can play the role of emotional comfort. Qizhi rattles, as well as Ricky Baby Forest Park, Forest Falls and Happy Rotating Slides, which can make a variety of combinations, inspire children's curiosity and hands-on ability. The ingenious design has won the praise of Xiao Dan's sister and the visitors. 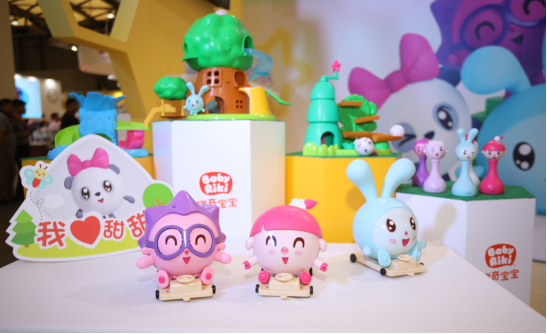 It is understood that Jinbier will adopt an online and offline linkage business model, bringing more than 30 new BabyRiki theme toys to Chinese families, and covering mainstream e-commerce and hundreds of brick & mortar stores nationwide in 2019.

In addition, at the CLE exhibition, representatives of FUN Union, Ltd., the copyright party of BabyRiki, were also invited to participate in the latest brand launch conference of 2019/2020 held by PPW, and shared the BabyRiki at the participants. And the Russian "National Treasure" animation of the Ricky series - Ricky "Happy Ball" has achieved outstanding results in the past few years while looking to the future. 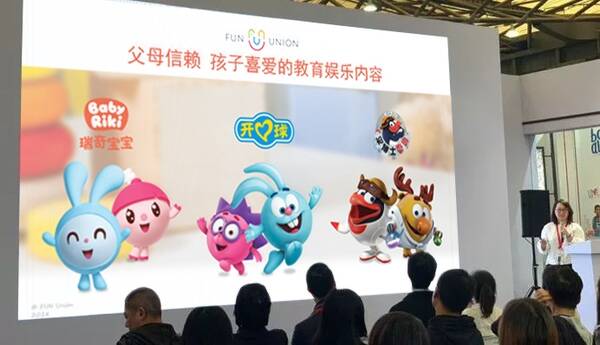 “Distribution and licensing will continue to be a top priority for our work, and we will rely on richer original content to drive the development of the Riki IP range,” said Christine Brendle, CEO of FUN Union, at the site. “We will not only promote the development of Riki IP in China but also release our high-quality content to more countries and regions to further enhance the global influence of Riki brand.”